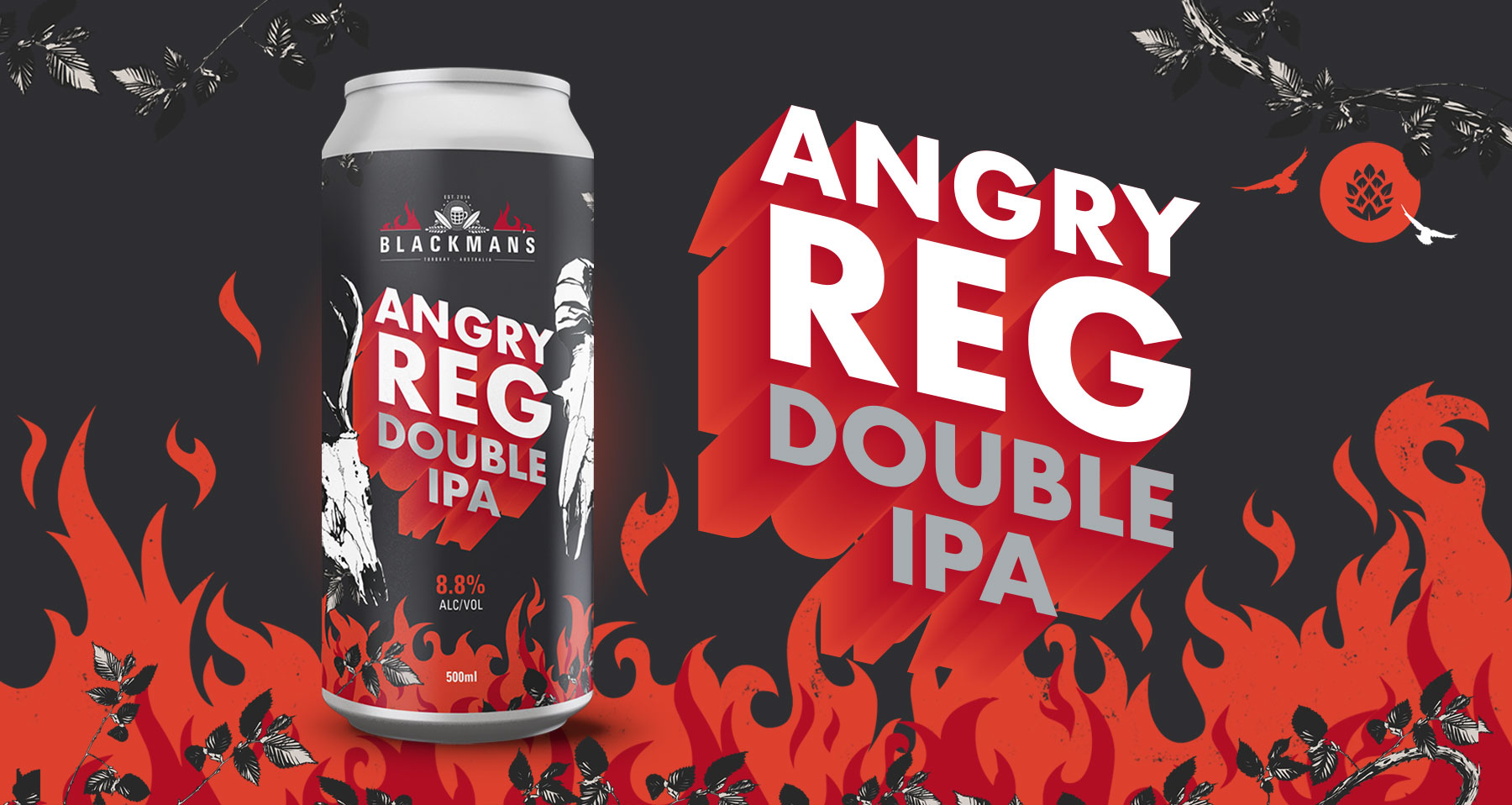 Double the hops and double the fun…Angry Reg Double IPA is back and it’s bigger than ever AND in 500ml tins this time round! If you’ve been waiting for some ANGRY REG in your life, then Batch 7 has your name all over it!!

Lashed with Citra, Simcoe and Mosaic in the form of hops, oils and straight up lupulin.
Fresh AF is how we like it and is best when it comes to drinking Angry Reg….

Secure yourself some ANGRY REG on presale here