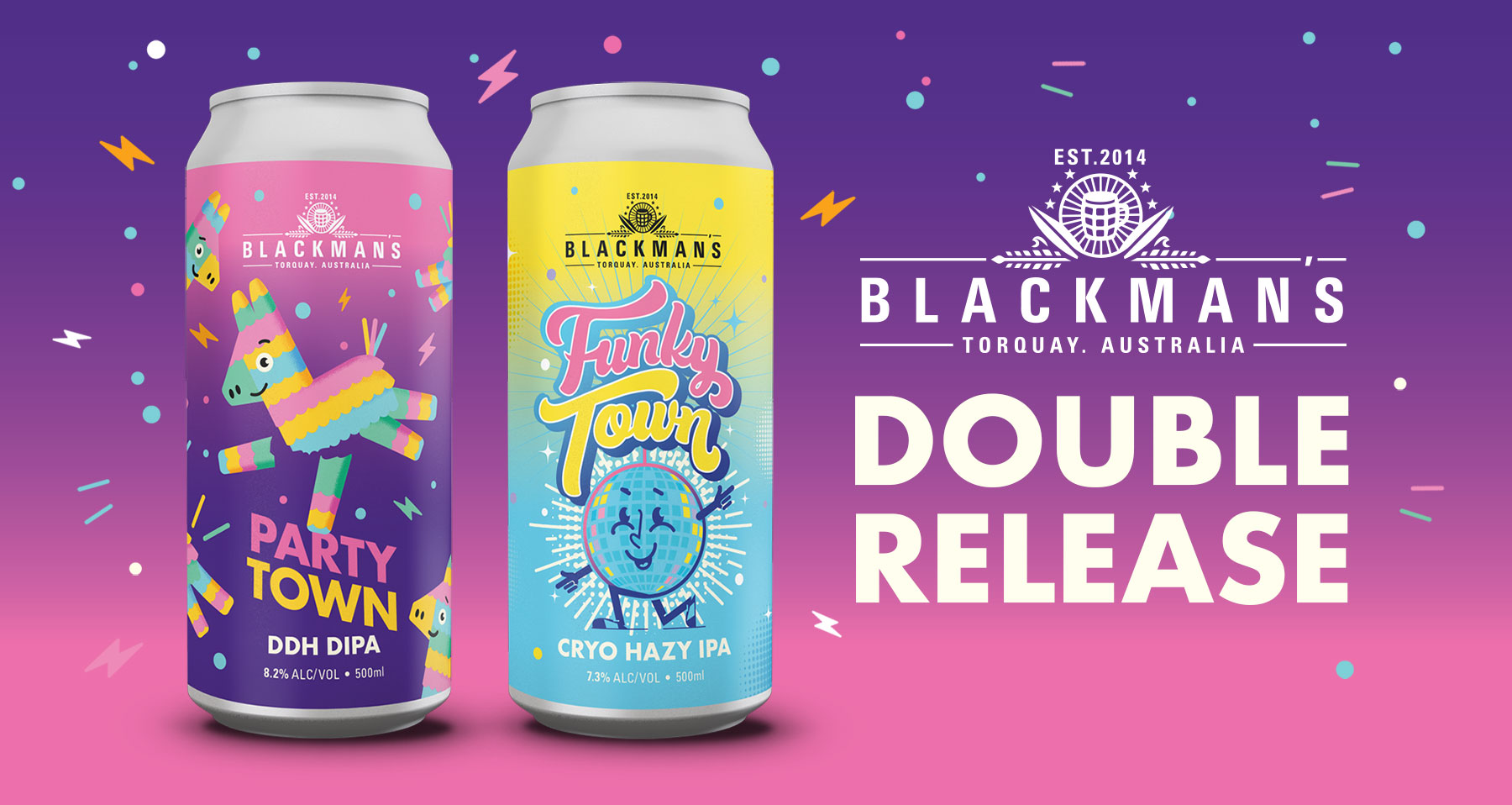 It’s time to get the party started with our very first DOUBLE RELEASE!

And we are talking two very big beers…

First up we’re bringing a bangin’ beer to the front with PARTY TOWN DDH DIPA.It’s big on bitterness and whacked with huge amounts of hops! Galaxy + Simcoe + El Dorado + Mosaic Cryo = ZING and all the good times. The way a New World West Coast IPA should.

Next up to the party is FUNKY TOWN CRYO HAZY IPA.

Another hop filled IPA but this time it’s joining the Hazy bandwagon. Featuring Cryo Pop Citrya Cryo, Sabro and Strata we can thank the legends at Yakima Chief Hops in the USA for providing all of the hoppiness here.

It’s a BIG IPA Party up in here and we’re all for it.

Hit the presale for both these awesome beers here!